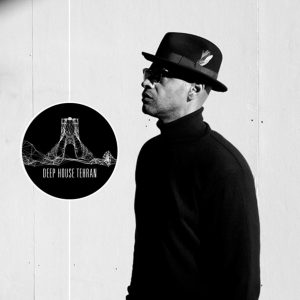 DJ Nature (AKA Milo Johnson) moved to New York in 1989. His days were spent setting up an exporting company, supplying records to Japan, and his nights saw him frequenting underground house and disco clubs to hear legendary DJs like Larry Levan (The Choice), Louie Vega (Sound Factory Bar) and Tony Humphries (Zanzibar). Milo’s love of raw, independent disco, jazz fusion and early house music inspired him to begin his own early productions under the Natureboy moniker on his own Ruff Disco Records in 1991. Although this project started in ‘91, DJ Nature’s record collecting began 20 years earlier, and he was heavily influenced by the output of Patrick Adams, Chic Organization, Crown Heights Affair, Ashford & Simpson, Gamble & Huff, The Fatback Band, Bohannon, Parliament and The Young Senators. In the mid ‘80s the Chicago house sound intensified the desire to make his own records. Early personal highlights for Milo’s Natureboy project came through the support of one of his greatest influences: Tony Humphries and his legendary early 90’s Kiss FM New York radio mix shows. Later he would license releases out to Black Label (Elegal records) NYC and Tomato Records U.K with the Ruff Disco E.P Vol 1 and Necessary Ruffness Vol 1 & 2, and remixes for the likes of Carl Craig and Naomi Daniel. Around 1993 the Natureboy project was shelved while on the upswing in order to spend more time with his exporting responsibilities. He did however play some select parties over the next few years, and it was at one of these parties where he met Phil South. who invited Milo to play at his No Ordinary Monkey party in NYC’s Lower East Side. Phil showed an interest in any potential new Natureboy material in the future, as he was thinking about starting a label. In 2010 the first songs as DJ Nature came out on South’s Golf Channel Recordings and Japanese label Jazzy Sport. M¬ost of the early songs in this second coming of the project were primarily assembled from unreleased tracks dating back to the early 90’s, given the benefit of new equipment and greater musical know-how. 2013 is going to be a busy year for Milo, with numerous projects in the works.