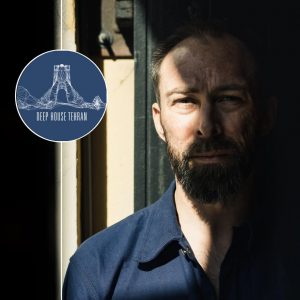 Jor-El is the moniker of Swedish house and techno veteran Joel Alter. As a youngster, Joel was deeply immersed in Gothenburg’s techno scene in the early 90’s and when he heard the Roni Size-Track “Timestretch” he fell in love with drum n’ bass and decided to start DJing. The raw and downright physical sound of 90’s underground club music is something that has always stayed with Alter. But it’s not until now, with the return of Jor-El, that this sound is given more of a free rein. So even though Jor-El is a moniker, the music is very much personal. With Jor-El, Joel Alter is getting back to his roots. And they’re rough around the edges.
The first two Jor-El records were released on DJ Hell’s famed International Deejay Gigolo Records back in 2005 and 2007, with Joel Alter moving to Berlin a year after the second release. Joel Alter calls this period his “extended journey into the world of music”, releasing impressively diverse dance music on labels like Bass Culture, Sweatshop and a soulful album on Uncanny Valley in 2015. He also started his much celebrated collaboration with Henrik Jonsson aka Porn Sword Tobacco during this period. As Jonsson/Alter they really took the world by… well not by storm, rather by a sweet summer’s breeze. Their beautifully dubbed out sounds revitalized the Swedish house scene and landed the duo both two albums on Kontra-Musik as well as live shows at both the Panorama and Berghain floor.