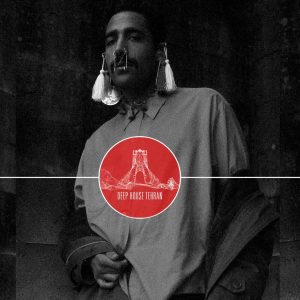 Aria Rostami debuted in 2011 with two releases “Form” and “Uniform” on Audiobulb records. In 2013, Rostami released two EPs “Decades” and “Peter” on tape label, Crash Symbols. “Peter” was a dedication to the late Shawn Dickerson, who not only contributed a remix to “Uniform” but was also a past collaborator of Rostami’s. “Form” and “Uniform” were created to help Rostami sort through a life transitioning out of drug addiction, but the death of Dickerson reinvigorated Rostami’s reasons to focus on these concepts and to continue creating. “Peter” was heavily influenced by soundtracks of video games Rostami played as a kid to emulate the childhood-like experience of a best friend. “Decades”, the counterpart of “Peter”, focused directly on trying out new sonic soundscapes and was void of concept to balance out the weight of this release. 2014 and 2015 saw sister-releases as well. The 2014 EP “Czarat” (Spring Theory) and the 2015 album “Sibbe” (Audiobulb) both examined a new landscape for music in the information age… Where new music and reissues from all around the globe have become readily available and how this input creates a new American culture. Rostami also incorporated secret recordings sent to him from Taipei, Tehran and Kerman into these songs to create a melting pot of information and misunderstandings… A critical look into how we learn, understand, communicate and discover information and the possibilities of both truths and falsehoods held within. The next release, “Agnys” (Spring Theory) came out in 2016 and was a look back at reviving some ideas the Shawn Dickerson had had back when the two were still collaborating. The B side of the record are direct ideas that Dickerson had that were never used and the A side took influence from the B side to recycle and take the ideas in a new direction. The songs all sampled material from Dickerson’s piano which Rostami now owns. “Agnys” was about the continuation of influence after death and the ripple effect created by existing in this world. Rostami’s debut collaboration with Daniel Blomquist, “Wandering Eye” (Glacial Movements) was also released in 2016. It was recorded over the span of 2 years and dives far deeper into Rostami’s brooding sonic soundscapes rather than the primarily beat oriented work of his solo career. In 2017 Rostami and Blomquist released “Signal Artifact” (Jacktone Records) and Rostami released a solo record, “Reform” (Zoom Lens) which was a bookend to his first album, Form, as it marked the last record Rostami recorded in San Francisco. Rostami now lives in Brooklyn, New York.