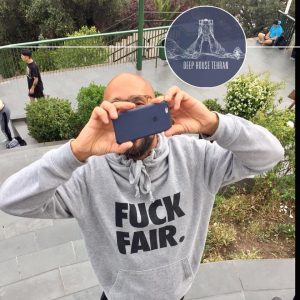 Based in Berlin since 1999 former music editor and now tour manager Peyman Farahani spends life mostly on the road – between airports and hotels, clubs and festivals, amongst friends and artists from around the globe. But as much as life is ever-changing some things remain unchanged:
Above all his passion for Music that has always been a constant companion wherever life has taken him.
This mix is the first of a new series of mixes he aims to record from time to time under his DJ-alias STIII who throughout the years has played in various venues in Berlin, most of all at Watergate. Entitled „easy listening“ the idea is to share the soundtrack of his journeys in one continous mix – to reflect the diversity of all collected impressions and memories with the music he currently listens to. And furthermore taking these aspirations ambitiously into the realm of photography with a new camera joining the inseparable and most formative fellowship between a soul and his passions – to never end the cycle of inspiration and expression.