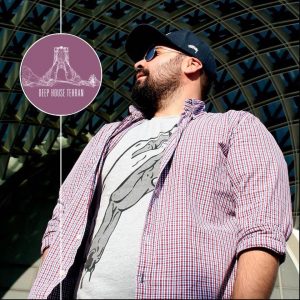 Born in Jan 1988 in Esfahan / Iran .
His father been running a music streaming radio in Armin’s childhood and been collecting a lot of records from all over the world so Armin decided to continue his path and share and create the music he love , so he started DJing since 2009 and after a while he start performing live acts in diffrent genres of music and been collaborating many bands and artists.
back in 2016 he won the global competition of Henry Saiz’s fan page as the best DJ and best Mix , after that he decided to start sharing his mixes and live acts until now he have been playing around. in clubs and private parties
He usually play Techno, Progressive, Melodic Techno music when he DJ but when he perform live act you can hear a familar sound of Acid House, Minimal Techno and Melodic Techno but he have done many mixes with different styles such as Deep House, Freestyle, 80’s etc… because he have started a mix series under the name of “Bio Sonar Experiment”
lately which will cover different style of music and for each mix he will collaborate a producer who make the chosen genre of music for the mix.
He also run a Live Electronic Music Lab in Tehran which is a open and free place supporting talented Artists to perform their live act and recording their stuff with hi-tech DJ and performance instruments.