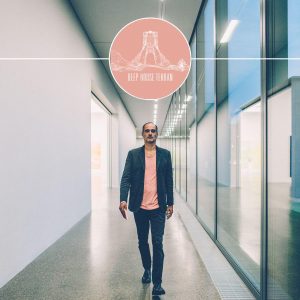 Amberoom is a project by house DJ veteran Ramin Nouyan, who has teamed up with the production duo Hoffmann / Tur.
Ramin was resident dj and booker at one of germanys most influential house clubs “Rote Liebe” in the 90ties and played all over Germany including events such as Timewarp. Loveparade or SonneMondSterne, retiring after his daughters birth.
Nevertheless he was still iinto music and it was not by surprise he met Manuel Tur as both are living in the same city.
When Manuel started his label “Mild Pitch” with two other friends, Langenberg and Dplay, he gave helping hand. They had outstanding moments with label nights at Berghain or Robert Johnson and features in magazines such as Groove or De:Bug.
But at some point Ramin felt pretty uncomfortable in his own musical environment.
That was the moment to talk to Manuel about something, that was long overdue, starting an own project.
Manuel was already working with Adrian Hoffmann from Paskal & Urban Absolutes, who is located in Essen too.
As “Clavis” they have some remarkable releases on Freerange and “These Eyes”.
So the three of them met at Manuels studio, started to jam and very soon it became obvious there was a strong affinity.
That was when Amberoom was born.
Amberoom might be a new project still, but you definitely came across their two EP’s (“Rhit” & “Minoo”) on Josh Wink’s Ovum label in 2017 and as you´ve realized, there is a long story to tell about these guys already.
Now it’s time for the third Amberoom EP “Orchesis”.
Both tracks, ’Orchesis‘ and ‚Laveer’, are part of this mix, which was ment to take a deep breath from the hectic moments that surround us. No fast cuts but long, nearly meditative mixes, a step aside with an eye on the dancefloor.
‘Orchesis EP’ was released January 26, digitally and as limited 12” vinyl on André Hommens ’These Eyes’ Label.