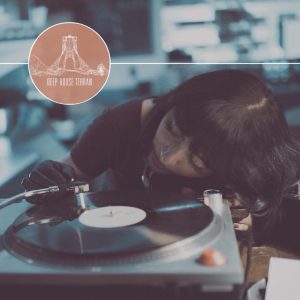 Mesmé is the DJ/producer alias of Ghazal Marvi. Born in Mashhad, Iran in 1992, she spent her early childhood in Mashhad and Tehran before relocating to Singapore with her family in 1997. From a very young age, Ghazal expressed an interest in the arts, and her life in Singapore presented her with the opportunity to learn ballet and the piano, both of which have had a great influence on her artistic development. Named after a Persian poetic form, Ghazal is also a deep thinker and lover of language. At age 17, she began to prepare herself for a future career in academic philosophy in the United States. At age 18, about a year before she to relocated to the USA, she met a former resident DJ from the legendary NYC night club of the 90s, Limelight, who taught her how to mix and gave her a full history of American electronic dance music. Armed with an insatiable passion and a rich knowledge of the house and techno scene, she has been diligently paving her path as Mesmé: an intoxicating blend of high impact, cavernous dub techno, deep dusty house, and rhythmic techno. She is highly proficient with multiple DJ formats, but she is most well known for her hypnotic all vinyl sets. Mesmé has performed at clubs, bars, underground parties, museums, and art galleries in a string of cities including New York, Chicago, Detroit, St Louis, Singapore, and Los Angeles, where she has been residing since January 2016.