DEEP HOUSE TEHRAN Artists A A blade of grass
0 0 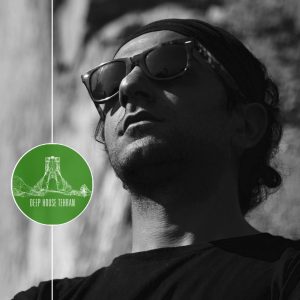 Arash khoshkholgh was born in July 1988 in Shiraz/Iran . He started his music career in 2005 and released his first album in 2007 named “RedDub” toghether with Ali Ravan (R.I.P). From then on he continued his career as “RedDub” for another 5 years with different artists and record lables some of them are :
RedDub – Spacesuite [ Kling Klong Records] RedDub & Sam Farsio – Find the true (Original Mix, Raxon Remix, Climbers Remix) [ Add2basket Records ] Rassek – Riders on the storm (RedDub Remix) [Conya Records] Published by Door-Music Company
RedDub & Sam Farsio Ft, Sara Naeini – Biaban (Original Mix) [Shibiza Recording] RedDub & Ciprian Iordache – Mice School (Original Mix) [Go Deeva Records] etc.
In 2014 he introduced Ookist with a new album “Unitary Nature” along with three music videos lauched on his own lable 3EAR-MUSIC some of the most famous tracks are Sheperdess and Sonant
3EAR-MUSIC follows and searches for sounds with depth and phat noises in a variety of electronic live music, untill now the only artists on the lable are Ookist and A blade of grass .
He’s been working on his new album for about 2 years under the nickname A balde of grass the album is named “Keenness” . the genre of the album is Techno,Minimal and Acid House.The whole album has a duration of 3 hours, Arash is very excited to perform his live show since he has compleated his album.

The Live album Dusk To Dawn shall introduce A blade of grass to Deep House Tehran with a variety of Acid House, Drum & Bass